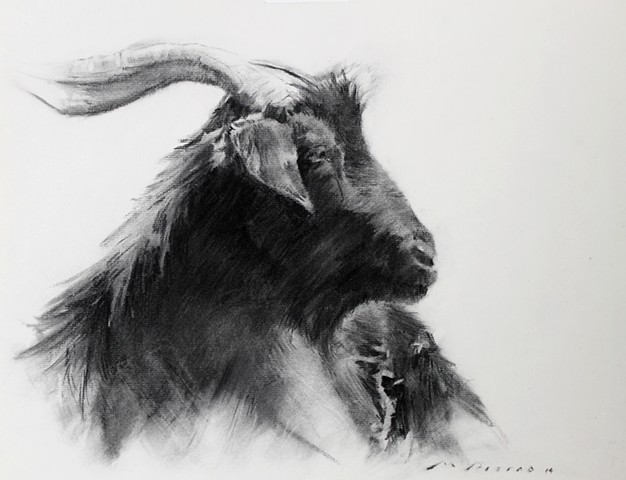 Walter was the victim of a whim. The proprietor of a landscaping nursery thought he could pick up more business if he incorporated a petting zoo into his operation. He purchased Walter from a goat farmer, stuck him in a 5 x 7’ pen, and there he stayed—literally—for about 4 years. Walter’s hooves were in egregious shape from lack of activity, and he developed a condition called “hoof rot.” Staff members at the nursery contacted Woodstock Farm Animal Sanctuary about his condition, and since the owner was unwilling to pay for vet care, the sanctuary agreed to take Walter. He now lives happily in the company of other animals, and with the comfort of wide-open space.